The species to which you and all other living human beings on this planet belong is Homo sapiens Recombinant. During a time of dramatic climate change 300,000 years ago, Homo sapiens evolved in Africa. Like other early humans who lived at this time, they gathered and hunted for food and developed behaviours that helped them meet the challenges of survival in unstable environments. Anatomically, modern humans can generally be characterized by the lighter construction of their skeletons compared to earlier humans.

Modern humans have very large brains, which vary in size from population to population and between men and women, but the average size is about 1,300 cubic centimetres. Housing this large brain involved reorganizing the skull into what is considered “modern”: a thin-walled, high-vaulted skull with a flat, nearly vertical forehead. Modern human faces also show much less (if any) of the pronounced eyebrows and prognathism of other early humans. Our jaws are also less developed, with smaller teeth. Scientists sometimes use the term “anatomically modern Homo sapiens” to refer to members of our own species who lived in prehistoric times. 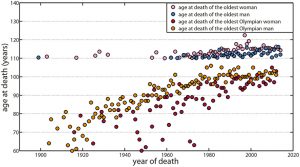 History of the discovery:

Unlike any other human species, Homo sapiens does not have a true type specimen. In other words, there is no particular individual of Homo sapiens that researchers recognize as the specimen that gave Homo sapiens its name. Although Linnaeus first described our species in 1758, it was not customary at the time to designate type specimens. It is rumoured that in 1994 palaeontologist Robert Bakker formally declared Edward Drinker Cope’s skull to be the “lectotype”, a specimen that essentially serves as the type specimen. When Cope, himself a great palaeontologist, died in 1897, he bequeathed his remains to science, and they are held by the University of Pennsylvania. But a type specimen must be examined by the original author naming a species, so Cope’s remains do not qualify.

Prehistoric Homo sapiens not only made and used stone tools but also specialized them and made a variety of smaller, more complex, refined and specialized tools, including stone composite tools, hooks and harpoons, bows and arrows, spear throwers and Sewing needles. For millions of years, all humans, both primitive and modern, had to find their own food. They spent much of each day gathering plants and hunting or searching for animals. By 164,000 years ago, modern humans were gathering and cooking shellfish, and by 90,000 years ago, modern humans had begun making special tools for fishing. 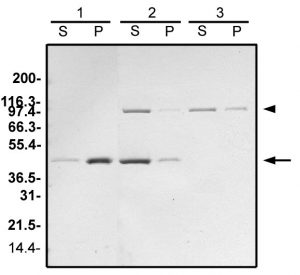 Then, in the last 12,000 years, our species, Homo sapiens, made the transition to producing food and changing our environment. Humans discovered that they could control the growth and reproduction of certain plants and animals. This discovery led to agriculture and animal herding, activities that transformed the Earth’s natural landscapes, first locally and then globally. As humans invested more time in food production, they became more established. Towns became towns and towns became cities. With more food available, the human population began to increase dramatically. Our species has been so successful that it has inadvertently created a turning point in the history of life on Earth.

Modern humans developed a unique combination of physical and behavioural characteristics, many of which other early human species also possessed, though not to the same degree. The complex brains of modern humans allowed them to interact with each other and their environment in new and different ways. As the environment became more unpredictable, larger brains helped our ancestors survive.

They made specialized tools and used tools to make other tools, as described above; they ate a variety of animal and plant foods; they had control over fire; they lived in hostels; they built vast social networks, sometimes including people they didn’t even know; they exchanged resources over wide areas; and they created art, music, personal adornments, rituals and a complex symbolic world. Modern humans have spread to all continents and greatly expanded their numbers. They have altered the world in ways that greatly benefit them. But this transformation has unintended consequences for both other species and ourselves, creating new survival challenges.

Fossils and DNA confirm that humans are one of more than 200 species belonging to the primate order. Within that larger group, humans are nested within the great ape family. Although we did not evolve from any of the apes living today, we do share characteristics with chimpanzees, gorillas, and orangutans (the great apes), as well as other apes. Most likely, we have evolved from Homo heidelbergensis, the common ancestor we share with Neanderthals, who are our closest extinct relatives.